Yesterday was pretty fun! On Sunday I bought a new, cheaper, camera that I could take to India and not feel as bad as I would if my SLR was stolen. So yesterday my plan was to go for a hike and test it out.

I bought a Cannon Powershot A590, which was the cheapest camera that I could find that had aperture and shutter priority as well as a fully manual option. I have been very pleased with the camera so far.

The day was perfect for a hike. When I started out from the end of Canyon road, it was perfectly sunny with four to five fresh inches of snow over a thin crust from the previous snowfall. The trail was absolutely gorgeous with fresh snow hanging on all the trees. For the first hour or so I had been following someone's tracks up the trail. It turned out that it was a my friend Danielle and her dog Bean! They had hiked out to Rabbit lake and back for Columbus day. We were both commenting on how there was enough snow at this point that we should have taken our skis rather than crunch along up, and down the trail. 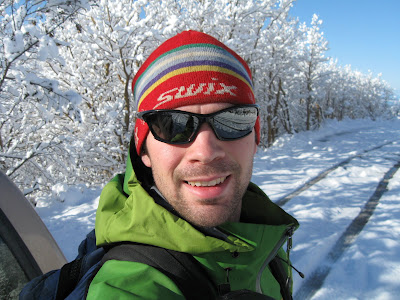 Heading out from the car 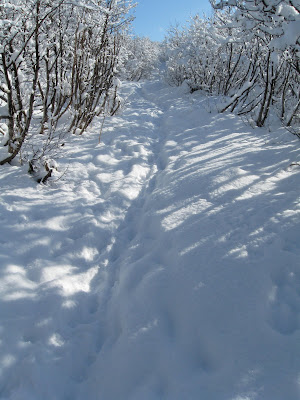 Fresh snow!
Soon after running in to Danielle, I reached the section of trail that was just below the saddle between Ptarmigan and the ridge leading back to Flattop. My goal was to get up to that saddle then hike back on the ridge to Peak 3, then down to the car. Just as I was about to gain the saddle I looked up to find that I wasn't alone. There were three sheep hanging out just at the crest to the saddle grazing away. They weren't scared at all and I could get within 20 meters of them and get some great photos. 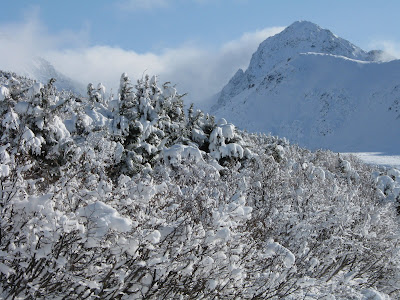 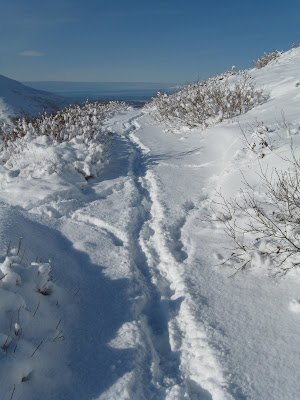 Looking back at all the fresh snow! 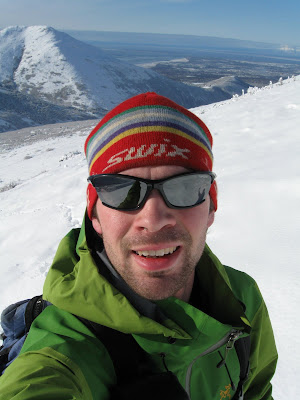 Working on gaining the saddle 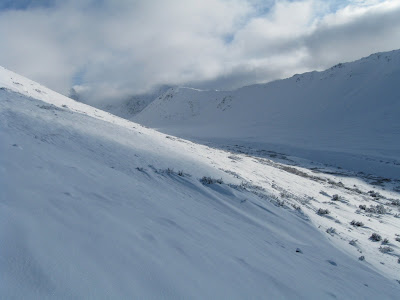 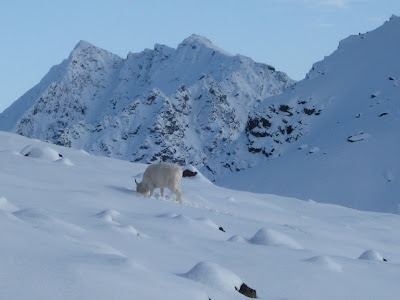 Sheep with Avalanche Peak in the background 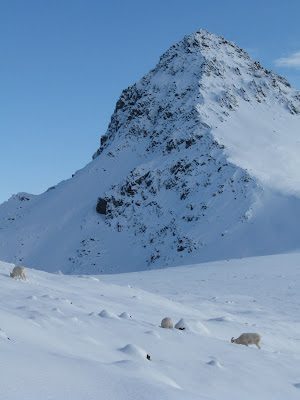 My three companions under Ptarmigan

As I continued up from the saddle to the ridge, the sun disappeared behind the clouds and the wind began to blow. It was really refreshing to have the slight nip of winter on my face. There was plenty of snow on the leeward side of the ridge. In the sections where there was still a base from last winter you could have gone skiing. It won't be long until we will be back country skiing in Anchorage! The ridge was awesome. The sky was clear and you could see Denali and the Alaska Range quite clearly! 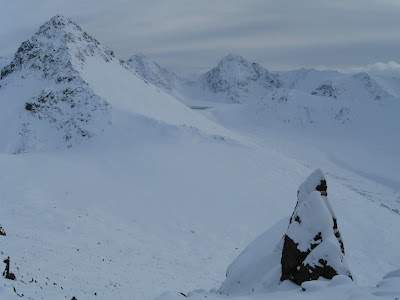 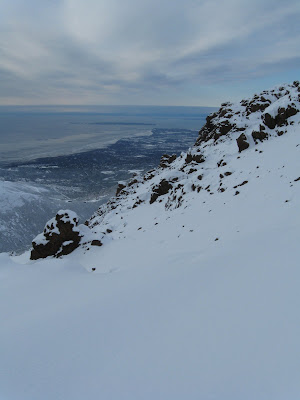 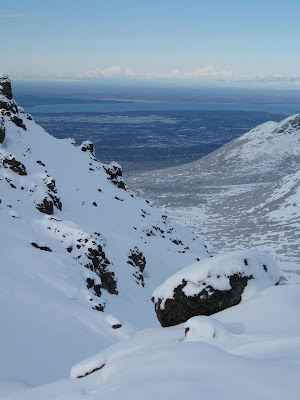 Anchorage with Denali on the horizon
It was a great 3 hour hike in the fresh snow. It was different to look down from the ridge and see skiers down there skiing back and forth on the power line. Its been really nice to do different stuff like this than the traditional ski training this summer and fall. I have really been enjoying the change of pace since deciding to ski recreationally this winter. Perhaps I'll get the bug to race fast again, but for now this is the life.
Posted by Pablo at 1:19 PM

Wow! What a great day! Glad you are enjoying your new camera. I love our little Canon A570. We had a nice hike with the dogs near Byers Lake on the way home Monday. Wish I could have done this hike with you.