When I woke up this morning I didn't think that I would end up doing intervals up the gas line. Today the UAA men's ski team was going to start an interval block with their up hill time trial. However, their plans quickly changed with the inch of fresh snow that Anchorage received last night. My plan was to meet them half way to chear them on and take pictures. Shortly after they ran by my position, just just before halfway, they stopped and started running back down the hill as if they were running intervals. It quickly occured to me that the time trial was cancelled and they were doing up hill running intervals. Karl was quick to ask if I wanted to jump in. My first thought was, "No way! I am not in nearly good enough shape to hang on with you guys.". But on second thought I figured, "Well, I've got my running shoes and tights on under my pants. Why not? I can just stop if they are destoying me." So next thing I knew I was chasing the boys up the hill.

Suprisingly enough it wasn't as hard as I thought to hang on with them. However, I did jump in halfway through completely fresh and up hill running was always my strong suit in fall training. It was really reassuring for me that if I really wanted to, with a little bit of work I could get back where I was. Here are the few pictures that I took thinking it was the time trial. 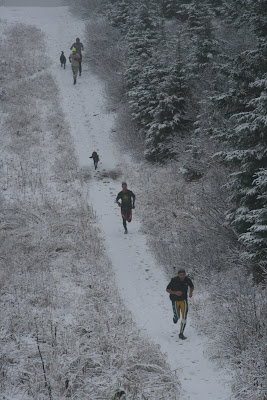 The team with the mascots 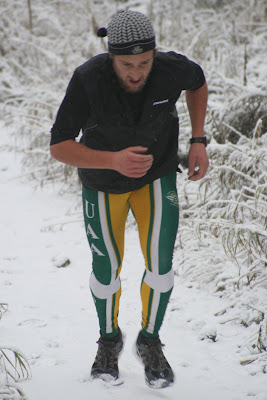 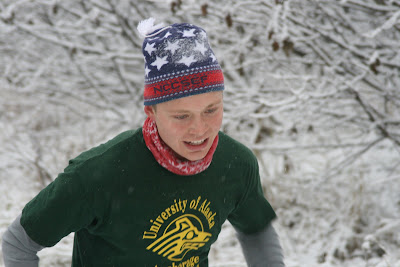 Max, all smiles despite flying up the hill 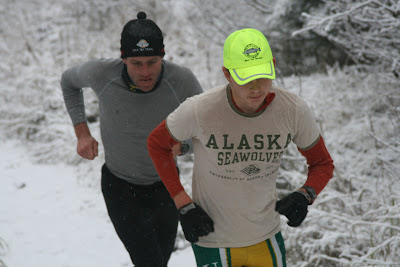 Lex (front) and Trond (back) 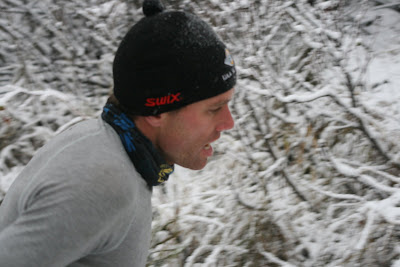 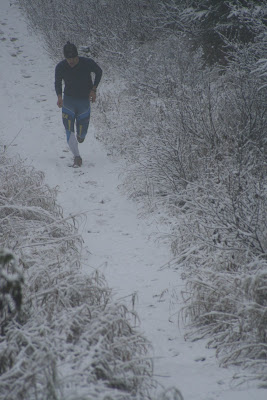 Karl, running out of the fog 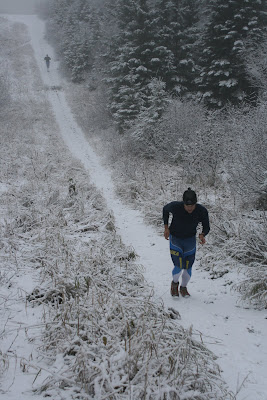 Karl with Erick coming down the second to last step. 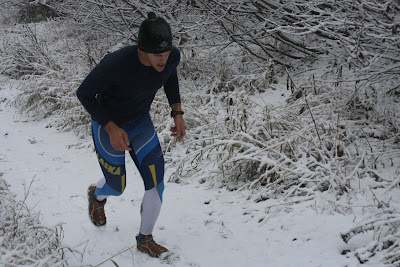 Nice pictures Paul, almost looks like black and white!
This was a good hard workout on one of the best interval hills in Anchorage "The gasline"