On the first and second of the month Cassi and I headed out for a grand adventure north of town. The plan was to head out to the Matanuska Glacier for some ice climbing then head over to Hatchers for some tele skiing. After attending a wild Halloween party, we got off to a slow start on the first and didn't make it out to the Mat until 4:00, just in time to watch the alpine glow on the Talkeetna and Chugiak Mountains as we climbed.

The climbing on the glacier was a little harder than I remembered it to be. The ice was much harder and colder than when I went climbing in July with Brian. On top of that the twilight made it hard to see where the best placements were. Anyways, no excuses, it was crazy awesome!

The next morning we met friends at Hatcher Pass for some tele skiing. We had quite the mix of people out there. Between the eight of us we had everyone from complete beginners to some awesome AT skiers trying tele for the first time. It was the prefect set up for a great day! By the end of the day the snow was pretty tracked up between the eight of us and ton of other people that were out there. If you're heading out to the Hatcher's area for skiing you'll have to work for some fresh tracks. 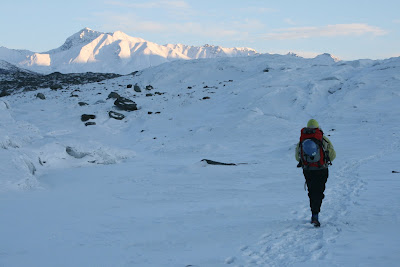 Cassi hiking into the glacier 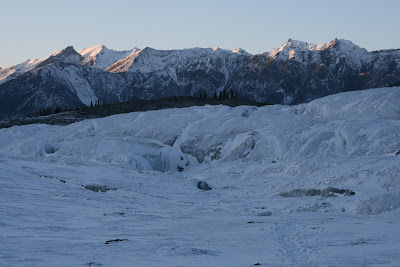 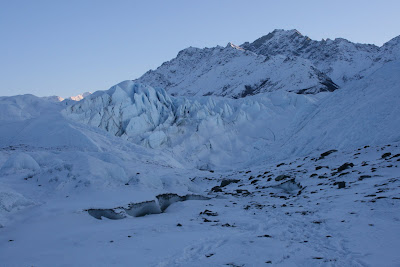 The Matanuska Glacier and Chugiach Mountains at sunset. 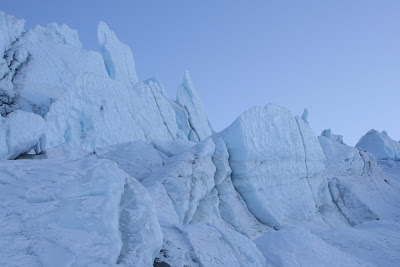 Where we climbed on the Mat. 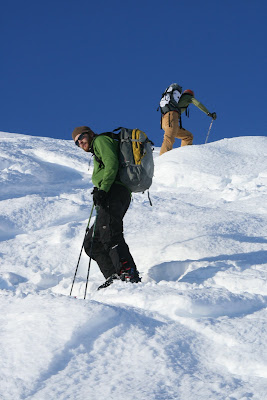 Jason and Adele skinning up to April Bowl 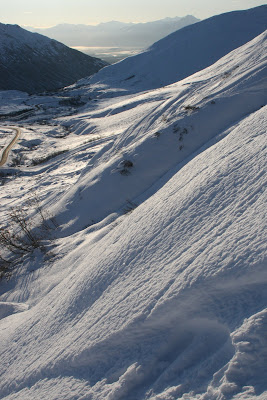 The view from Hatchers 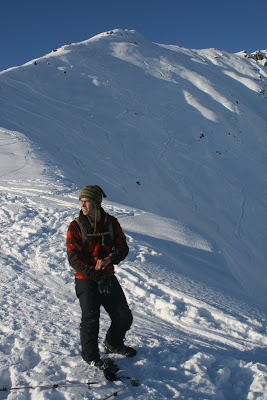 Andrew on the top of the ridge. 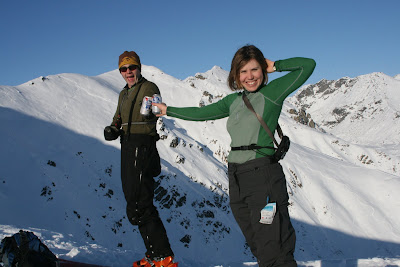 Cassi and Brant celebrating an awesome weekend!
Posted by Pablo at 9:31 PM