And now for our feature presentation.....Snowyaking

A "Snowyaking" Movie Review
"Snowyaking" features Jason and Paul in their first grand adventure. The movie starts out at their apartment. Within minutes of meeting up, the two of them devise a plan to do the first winter descent of a small tributary of Rabbit Creek. In no time Paul and Jason have their boats and gear loaded up in the truck and blast into the mountains.
The movie continues with their slog into the headwaters of the creek. The real action begins when the two of them start the first descent. The trepid duo soon find out that kayaks are very fast on the snow and for all intensive purposes can not be controlled. The first drop easily skips the snowyakers over small rocks and tussocks and sends them speeding into a patch of willows. Paul's first attempt ends after landing sideways and barrel rolling down the mountain. Jason fairs much better by crashing into a patch of willows. They soon learn that their only option for stopping is to crash into the willows. The best way to do that is to spin backwards and let the backpack take all of the impact.
The rest of the movie consists of the two adventurers advancing through the rest of the drops to the truck. At one point during the film they run into some skiers. The skiers really seem out of their element in the film. Who would think of skinning up a mountain in the winter and skiing down in a controlled fashion with mettle edged skis?
Screen shots 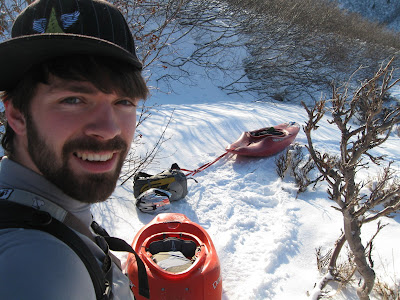 Paul rocking the atomic hat on the way up. 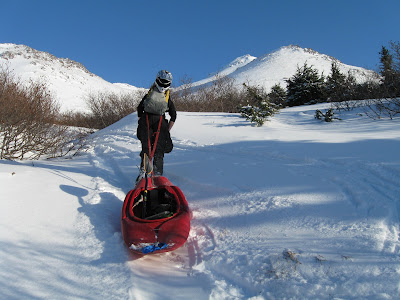 Jason slogging up the mountain. 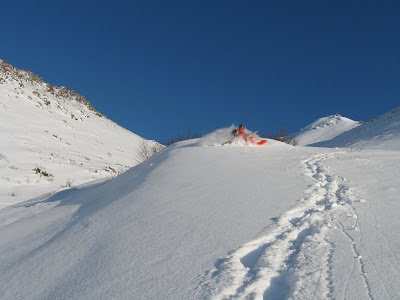 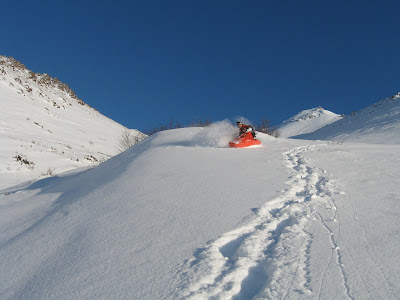 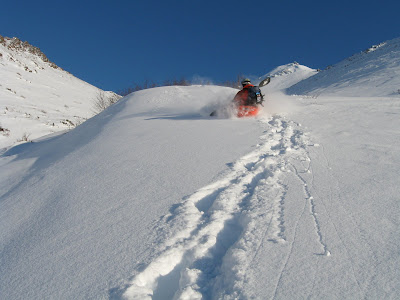 and ending up in an unintentional back "surf" 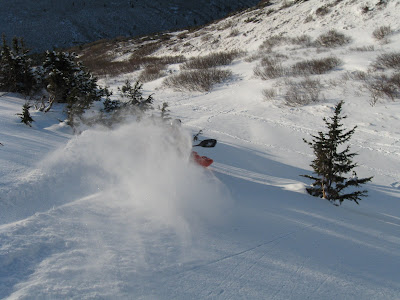 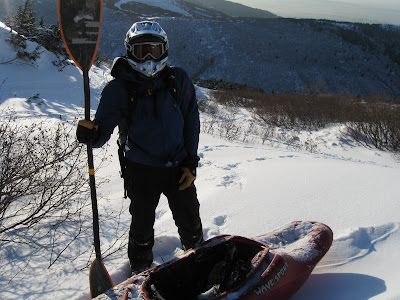 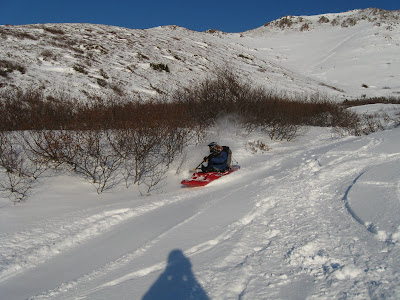 Jason, on the move. 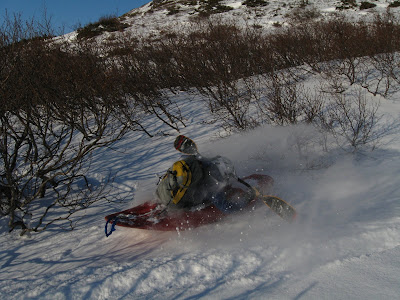 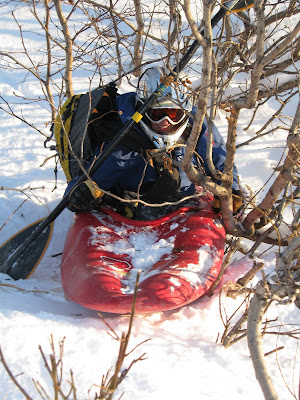 The usual end of things. Note the twisted pack. 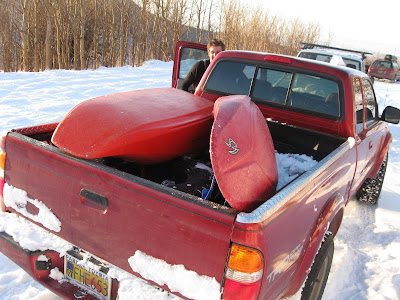 Loaded up and ready to cruise.

(No actors, kayaks, or paddles were broken or injured in the making of this film. DO NOT try this at home! The stunts in this movie were performed by incredibly bored individuals, decked out in BMX armor, lifejackets, elbow pads, and helmets for protection, that had no clue what they were getting into. There is no actual film.)
Posted by Pablo at 2:30 PM