It has been great to be back in Fairbanks. The days are longer and there is some great skiing to be had. The US Distance National Championships are going on right now. Yesterday they had the 15 and 30k Pursuit. Since it was such a nice day, the tracks were so nice, and I was feeling much better than I thought I would, I decided to sign up for the 50k Classic on Sunday. Since I have been sick and the course has so many large climbs, my goal is to take it out easy, focus on good technique and just have fun for the last race of the season. I have a feeling that if I can hold things together I'll be able to pick people off at the end as they are getting really tired. It will be especially nice to race a national championship at my home trails! Once again I filled my flash card taking pictures (my card can hold up to 300). So here are a few of the best. 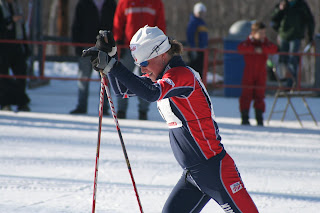 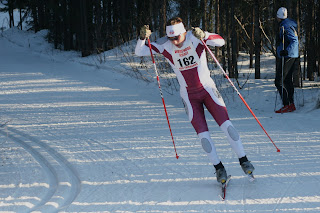 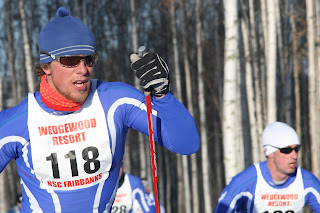 Tyson (and Dylan in the corner, just getting into the depth of field) 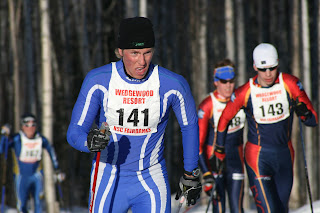 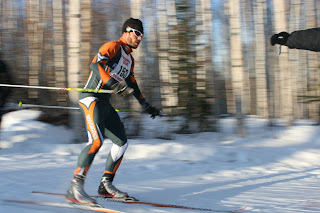 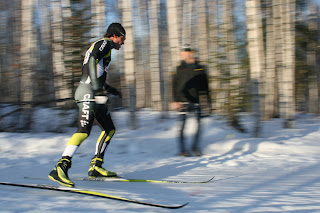 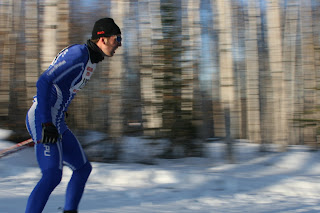 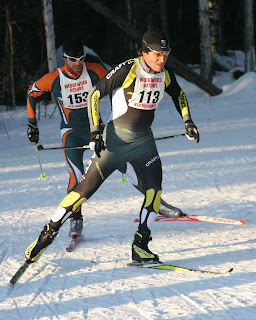 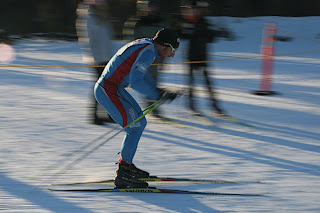 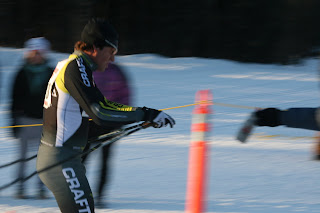 Zach getting some feed 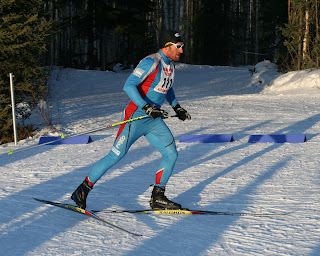 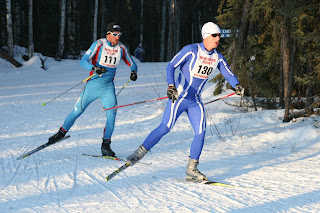 The old roomies duking it out around the course. Dylan and Brian. 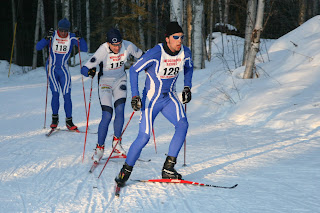 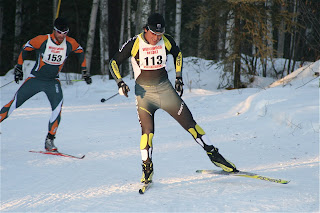 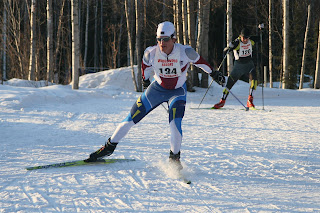 David out there taking names. 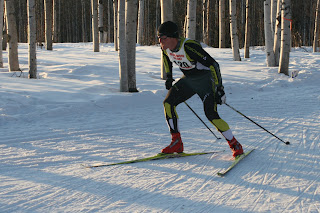 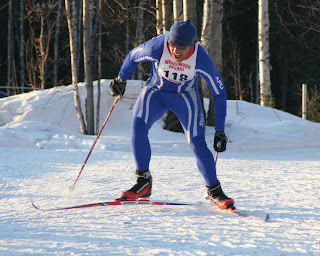 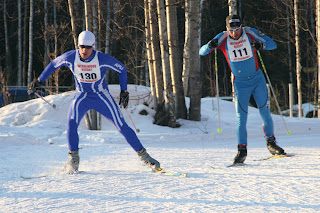 Dylan and Brian sprinting to the finish. Brian out lunged Dylan.
Posted by Pablo at 2:31 PM