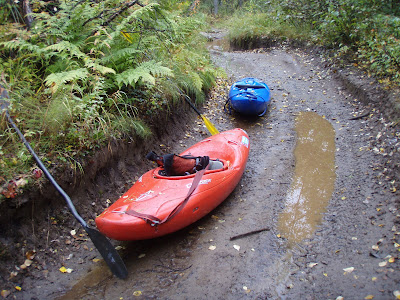 With the bit of rain that Anchorage has received in recent days the South Fork of Montana Creek finally came up enough to go back in for a second attempt. At the beginning of the season Cody, Damien and I tried to run the creek. We had two bad swims in the first few drops and decided to walk out. Today it came up enough that John and I decided to go back in for my second attempt. After passing the put in the first time around it was easy to find today. After driving 1.6 miles back the 4-wheeler trail in the 4runner it was an easy hour twenty minute hike to the put in. There was just enough water to scrape through the non-canyon sections at 400 cfs on the USGS gauge (the SF has approximately half the flow as at the USGS gauge). The canyons went smoothly this time around. The drops were distinct and had small recovery pools in the canyons. At this level there were a few IV+ drops, with the majority of the drops being class IV in nature. The canyon was really pretty, and it wouldn't be too hard to portage any of the rapids if one felt uncomfortable running the drop.
I would like to head back sometime and clear and mark trails from the 4-wheeler trail to the put in and where to take out at the 4runner so that approximately 30 minutes of shallow, wood chalked class III at the end could be bypassed. Perhaps next weekend.
Here are a few pictures of John's 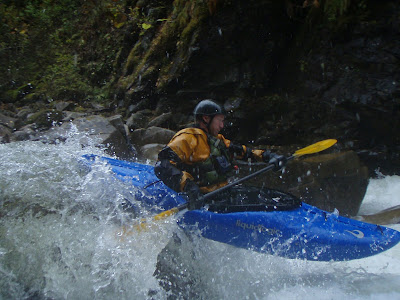 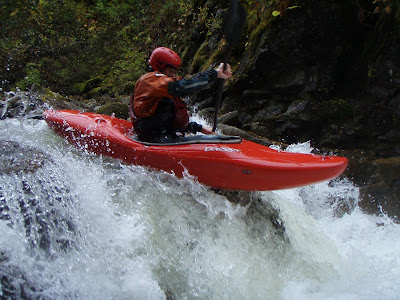 Myself on the last ledge 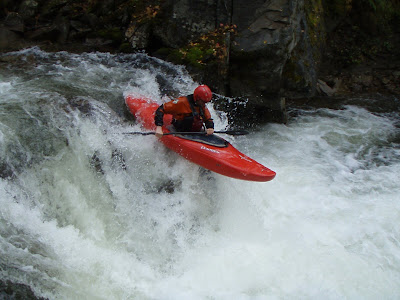 Running the second drop, class IV+ (as you can see we need to start naming the drops) 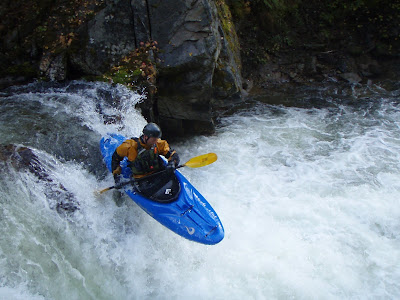 John's line on the second drop 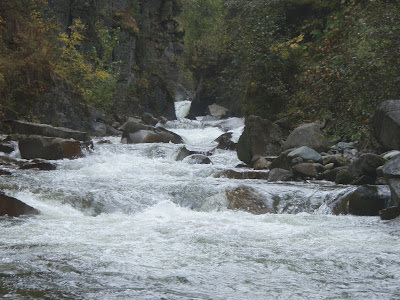 Looking up the second canyon from the third major drop in this section. You can see the 10' diagonal waterfall at the top. 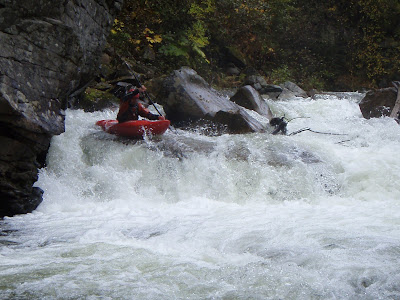 Yours truly running the hero line on the third drop in the second canyon (IV+).
Posted by Pablo at 9:47 PM

Wanna run it next weekend? It was super cool! I think it might be comparable to six mile and jarvis in difficulty, just a different style of creek; more distinct drops with ledges.